After dissociating himself from Reus Deportiu, Gustavo Ledes trusts The Player Management to manage his career and signs for Club Deportivo Numancia.

Gus Ledes (28 september of 1992) is a player born in Portugal and raised in Brasil. He plays as a midfielder, and with just 13 years old he took the attention of FC Barcelona and he came back to Europe to play in the youth categories of the Catalan team.

Signing for The Player Management and Club Deportivo Numancia

After dissociating himself from Reus Deportiu, Gustavo Ledes trusts The Player Management to manage his career, with who he signs for Club Deportivo Numancia, a team that places the 13th position on the Second Spanish League table. 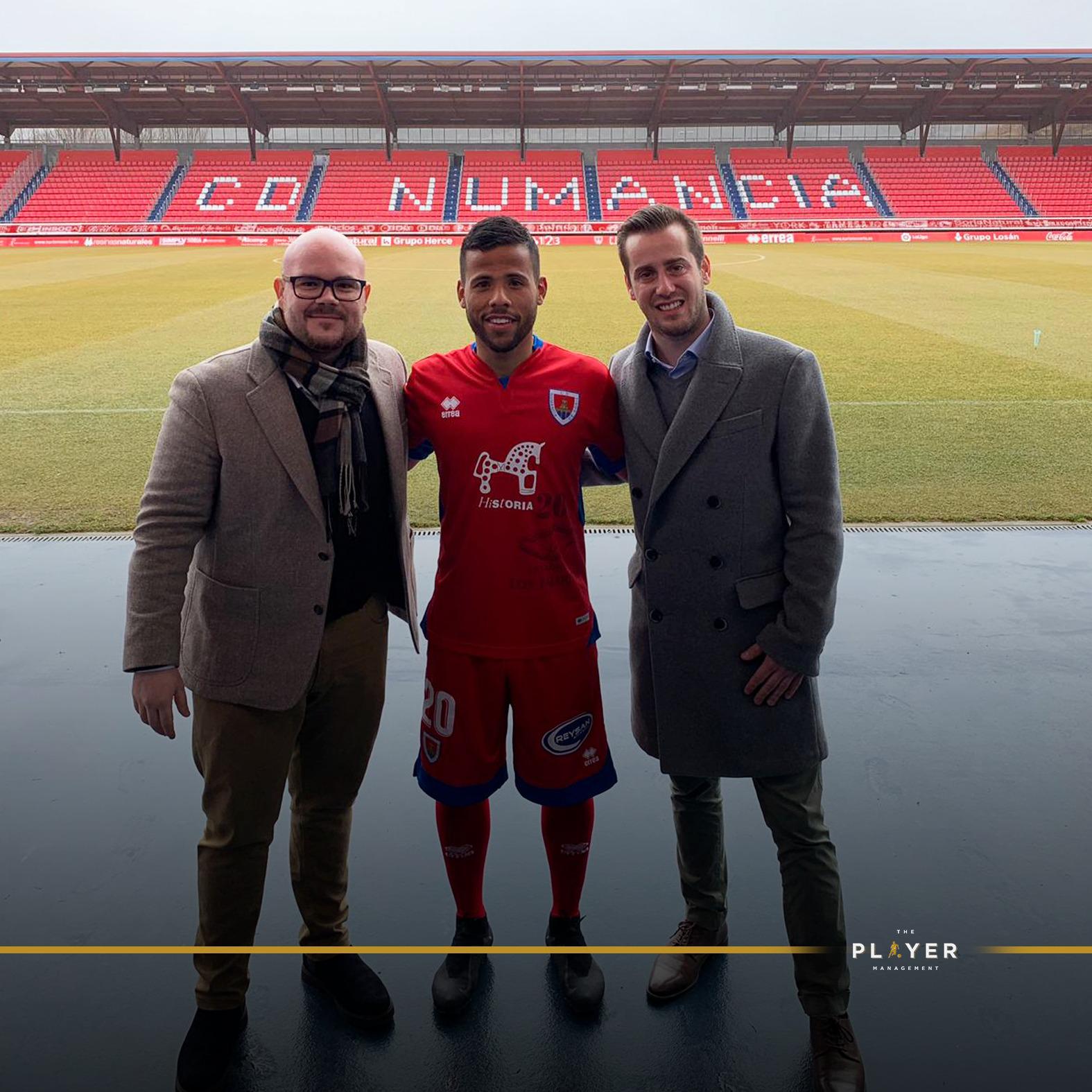 From The Player Management family we wish you all the best in this new adventure. ¡Best of luck, Gustavo!

BACK TO THE FIRST.